Hellooo, it’s been a while hasn’t it? If I’m completely honest, I wasn’t sure if there was going to be a 2022 season after last year ended so abruptly for me. BUT… in a surprise turn of events, I am positively bursting with pride to tell you that CAT’S CAT SITTING IS NOW TAKING BOOKINGS FOR 2022 and beyond.

My son, Daniel, who is in the property development business, has stepped in and partnered with me to run the cat sitting business. Daniel is as crazy as I am about cats – probably because we’ve had them since he was little and I dragged him to all the cat shows! He was also responsible for bringing home the scrap yard kitties, which you can read about here.

And here’s a little more about Daniel in his words. 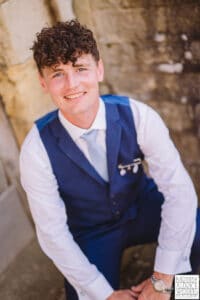 Hi, my name is Daniel and I have over 20 years of experience of being a cat owner as well as experience in rescuing kittens.

I also have an NVQ Level 2 in Animal Management, where I learnt how to care for a range of different animals in more depth. Some topics on this course covered animal health and welfare (including animal first aid) and behaviour.

My proudest achievement has to be becoming a Black Rhino ‘Mummy’ when I worked in South Africa on a Rehabilitation Centre for sick and injured wildlife. I helped to rescue this baby Black Rhino, named Landela, from sinking mud where it had been stuck for 3 days and its mother had abandoned it as a lost cause. This meant that I had to be there round the clock to feed her milk every 2 hours. I would often sleep in her stall with her and waking up with a half tonne baby rhino laid across me. I also had other duties whilst working here, so I would also help take care of lions, cheetahs, hyenas, honey badgers along with so many other animals.

I currently own a dog called Milo and a turtle called Donatello.

Animals are a massive part of my life and are included in everything I do.

So, go ahead, make your enquiry . . .  we are open for business as usual, offering the same fabulous service that you have come to expect from Cat’s Cat Sitting, and we’ve even expanded into different areas. As well as covering some areas in Wakefield, we can now cover areas in Leeds. See the full list below.