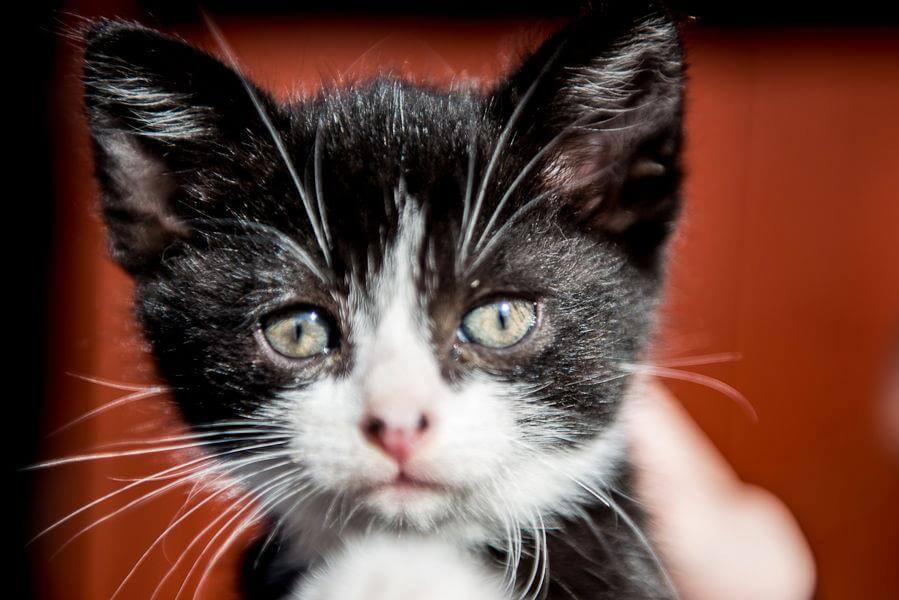 7 years ago my world was turned upside down. There I was, happily working away from the kitchen table when I received a phone call from my son. At the time he was working in his friends scrap yard. The phone call went something like this..

“Do you know where its mum is?”

“I’ve looked but can’t find her. The kitten looks very skinny and frightened.”

“I suppose so but we’ll have to find it a new home.”

End of phone call. A number of hours later the prodigal son returned with a green recycling box. There wasn’t one kitten, there were FIVE!! Five baby, baby kitties. All of them looked terrified and huddled together on the blanket that Dan had used to offer them some comfort.

Now we already had 2 cats (Cedar and Winnie) and I wasn’t about to let 5 stray kittens into the house. I could see the fleas crawling on their fur for a start and who knew what else they had going on. So I hastily moved things around in the garden shed and made a make shift home. It was around April time and we were going through a cold spell. The garden shed was old, drafty and not ideal for the fragile kittens. I must have been up 3 or 4 times that night, refilling hot water bottles and adjusting blankets to make sure they were as comfortable as they could be.

The following morning I assessed each kitty and it was clear that they had only just opened their eyes they were so young. One of them, Mischief, had a bad infection in both eyes so of course we took them all to the vet to have a once over. They were such a sorry state. Thankfully they didn’t need hand feeding and took to wet food straight away. They were all starving hungry.

So I became foster mum to five little fur babies. I knew I couldn’t keep them all (unfortunately) so once they reached 8 weeks we found new homes for them. Well, not ALL of them! I did keep one, Jenson and my other 2 cats took him straight to their hearts and the 3 of them became best friends.

It was a crazy, crazy few weeks. One morning when I went in to feed them they had found their voices and it was the sweetest sound in the world – yes, I cried!

Mischief earned his name as he was the naughty one; very active, inquisitive and getting into places he really shouldn’t!

Olly was the boss, showing the others how to use the litter tray and demanding his food very vocally! My best friend took Olly and he is an absolute sweetie like his brother Jenson.

Jenson was the most adorable (though I am biased!) He had dreamy eyes, and now he uses them on me for treats and food!

Duchess and Rosie were the 2 sisters and though loving they remained somewhat aloof. They loved nothing more than tormenting their brothers and jumping out on them!

When it came time to say goodbye to each of them I felt my heart break with every farewell kiss and cuddle. It’s hard to put into words what looking after those kittens meant to me. I raced home everyday to see them, and it genuinely made my heart sing as I was greeted with loud purrs, lots of meows and cuddles. Awww, I miss them and looking back at the pictures I’m reminded of how dependant they were on us for those precarious first few days.

I tried to keep in touch with their new owners but of course, time and life happen and I’m now only in touch with Olly. He always greets me with a head rub and a sniff and I often wonder if he remembers I’m his Shed Mother? 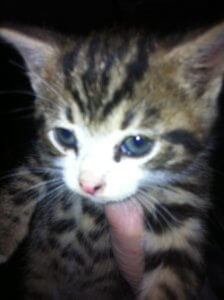 Jenson, handsome boy even as a kitten 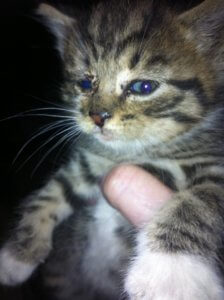 Mischief with his poorly eyes 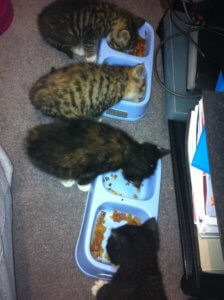 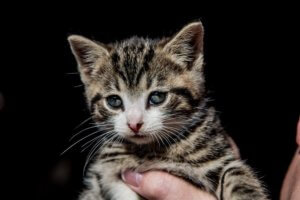 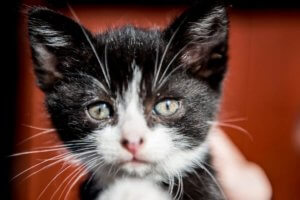 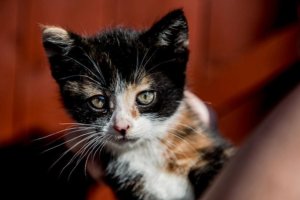 Duchess, just one of the girls

Jenson and Olly have grown into two very handsome boys, and if you look closely you’ll see they have very similar markings despite having very different coats! 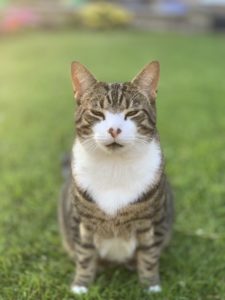